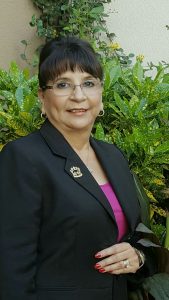 In 1993, Jose M. Rubio, Jr., Webb County District Attorney, called together a group of Laredoans, all of them linked to children’s services. His intent was to address the growing number of child abuse cases that his office was receiving, more specifically, to create a system that would respond to these outcries in a manner that would not continue to traumatize the young victim. He was determined to provide a seamless response that would link the various agencies which responded to these outcries, eliminating what was at that time the reality-agencies such as law enforcement, child protective services, school counselors, medical and psychological service providers, all responding to young victims of abuse.

What began as an informal team soon became, under Webb County District Attorney Rubio’s leadership, the CHILDREN’S ADVOCACY CENTER OF LAREDO-WEBB COUNTY certified as a non-profit organization in 1995, offering young victims of abuse a host of much needed services:
coordinated investigation of the alleged abuse, advocates for both child and family, therapeutic and medical services, and most significant, facilitation of a multi-disciplinary team of professionals, all involved in the service of the young child and in the investigation and prosecution of the alleged perpetrator. Since its inception, the CAC has treated numerous young victims, the majority of these sexual abuse victims, as well as their peers and non-offending adult family members.